A Ditty in Search of a Tune 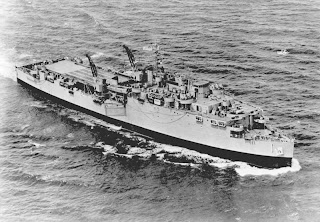 Friday late morning found the boys and I at Ashland Estate. It was sunny outside, and this winter sunshine has been rare, so we roamed for as long as we could stay warm, picking up sticks, spotting birds, checking for signs of growth among the dark clods and browned grass, and looking for rabbit and chipmunk holes.

And of course, ringing the ship's bell. It used to be that I would lift the twins up, one at a time, so they could knock on it and produce a hollow, musical sound.  This visit had its shock, for Noah climbed atop the memorial plaque that says that this bell was once aboard the USS Ashland, and was made a gift to the Henry Clay estate, reached up inside the bell, and pulled the clapper to the edge. A similar musical sound, but louder. The noise wasn't the shock, it was the fact that he could actually reach the bell and move that heavy clapper. [Small noise of motherly malencholy and pride mixed together.]

The peonies in the big peony garden on the other side of the estate are showing rich red points above the soil; a gardener was tending them. Daffodils are poking up in the formal garden behind the hedges, and the chickadees -- or birds that sound like them -- are out, as are the red-headed woodpeckers, and flocks of robins. They didn't fear us much, so we watched them turn over pine needles and last year's leaves, looking for bugs that have woken up.

Perhaps it was the blue, blue sky overhead, perhaps it was ringing the bell, which has such a pretty tone, that prompted me to make up a ditty as we wandered around. Anyhow, every time I ended it, the boys wanted it again, and I'd try to remember what I'd said and the tune. It was never the same, and none of us minded, but by the time we reached home again it had settled into the below, sung to a sort of sea-sounding jig, which, unlike the words, didn't stuck with me. No surprise, since I cannot read or write musical notes. A pity. So here's the ditty, and it really needs a tune. Anyone?

Spring's coming, when you can make up ditties easily. Winter is for thinking and admiring the landscape. Spring is for singing.
Posted by ZipZip at 7:10 PM